Home Azië I The incredible colors of South India

The incredible colors of South India

It’s one of the most epic trips we ever took: travelling from Chennai on India’s east coast to Mumbai on the west side. In one month we travelled through Tamil Nadu, Kerala, Karnataka and Goa. We marveled at amazingly detailed temples, explored hectic cities, ate the best food ever (thali’s!) and met the most wonderful, friendly people. And everything was colorful.

India is a whole different world. At least five times a day my boyfriend and I would look at each other and say: ‘what the hell?’ Everything was strange and we didn’t understand half of what was going on. Elephants at the temple gates, cows digging in piles of dirt, so many beggars, a complex religion with a dazzling amount of Gods and deities. And let’s not forget the insane traffic. I still have nightmares! But on the other hand, there’s so much beauty. Mountains, temples, bustling markets, ancient cities, great food, flowers, offerings, devotion to Hinduism. And mostly: the people. I’ll devote a separate post to all the wonderful people we encountered on our trip. In this one, I’ll just show you the amazing colors of South India.

Easter Island: a magical place in the middle of nowhere

Thank you so much Jake! India must be one the most photogenic countries in the world :)

Yes indeed! And thank you for all your likes and following me :) !

[…] The incredible colours of South India […] 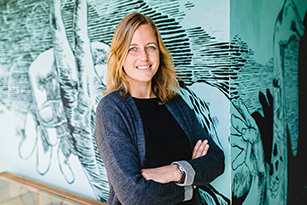